The Need for Gospel-Centered Racial Reconciliation

President Obama’s historic election to the White House in November 2008 spoke volumes about how far the United States has come on the race issue since the dawn of the Civil Rights movement. Unfortunately, many Americans, and especially Americans of color, were naively under the delusion that an African-American elected to the United States presidency would end certain forms of racism and racial discrimination. Some initially promulgated at water cooler conversations that Obama’s victory proves that we are now living in a post-racial America. Even a few voices in the news and media and in different political organizations declared that the election of President Obama and the emergence of several African-Americans to positions of power in the public square demonstrate that there is no longer a need for basic civil rights organizations that work to fight for the equal rights of people of color.

However, the numerous racially motivated crimes in the United States alone (not to mention in other parts of the world) strongly prove that racism still exists. The reason it exists is because of sin and because of the devastating consequences of sin upon all races, cultures, and ethnicities. Racism is a universal power that effects all people and nations scattered throughout the world because of sin (Genesis 3-4, 11), but the bible clearly teaches that Jesus died and resurrected from the dead to kill all forms of sin (John 1:29; Rom 3:25; 1 John 2:2) , even the sin of racism, so that Jews and Gentiles would be firstly reconciled to God and secondly to one another (Eph 2:11-22), so that those who have faith in Jesus Christ and who live in the power of the gospel can experience genuine reconciliation with God and with fellow-man (Gal 2:11-14), and so that racial reconciliation would actually be practiced and experienced in both church and society in practical ways by those who have been redeemed by the blood of Jesus Christ (Romans 14-15). 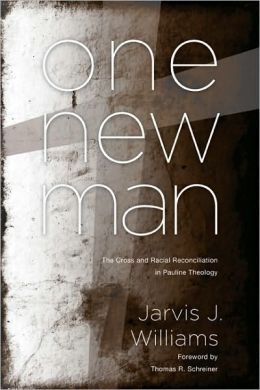 Many people of color blame racism on the “white man.” However, in my view, to do so is racist and undermines the universal power of sin, because sin alienates all races from one another—not just blacks and whites. Racism is not simply a great evil committed by whites against blacks. Instead, the gospel suggests that racism is a universal power that rules and reigns like an evil tyrant over all of the different races scattered throughout the world due to the universal power of sin (Rom 1:18-3:20). Thus, there is (what I call) extra-racial racism (=racism against one race by a different race) regardless of whether those races are the majority or minority and intra-racial racism (=racism against someone within the same race). There is no time in this blog to discuss institutional racism (=racism at the institutional level that discriminates by excluding some because of their race or by including some because of their race).

Over the course of three blogs, I want to foster a discussion about race and racism in light of the conversation about race that has emerged in recent days. My blogs will emphasize some gospel-centered answers in scripture with the intent of moving the current discussion of race and racial reconciliation from the political and legal realms to the spiritual realm. This approach serves to point people to the eternal hope found in Jesus Christ in the midst of the despair that comes from living in a world dominated by all forms of evil, especially the evil of racism. This approach is especially necessary since secular discussions about race continue to offer a hopeless solution: namely, tolerance. To the contrary, I propose a gospel-centered, God-centered, Christ-exalting, and Spirit-filled solution to the problem of racism: namely, the life-changing gospel of the crucified and resurrected Lord Jesus Christ. The gospel’s solution to racism puts forth not tolerance as the solution to the problem of racism since tolerance does not necessarily translate into love for one’s neighbor and since it cannot change sinful hearts. Instead, the gospel’s solution to racism boldly preaches a bloody Christ who dies, resurrects, and who transforms by the power of the Holy Spirit all of those who have faith in Jesus as the Jewish Messiah. The result of this faith translates into Spirit-filled love that moves all people from all nations within the Christ-following community to endure one another in love.

Sin as the Root Cause of Racism

Genesis 1-3 is the foundational biblical text that informs us about the reason for racism. In Genesis 1-2, God created the heavens and the earth. The entire creation is perfect and without sin so that God calls everything that he makes good (Gen 1:18, 25). In Genesis 2:17, God commands Adam, the first man, not to eat from the tree of the knowledge of good and evil lest he dies. Unfortunately, both he and Eve listened to the voice of the serpent, disobeyed God, and brought the curse of death and sin into the world (Gen 3:1-19). In Romans 5:12, Paul emphasizes that death and sin entered the world through Adam and death through sin with the result that all without exception now sin. Immediately after Adam and Eve sin in Genesis 3, both their relationship with God is severed (Gen 3:8), which is why they run away from him in the garden, and humanity’s relationship with fellow-man is severed (Genesis 4),which is why Cain (the son of Adam and Eve) murdered his brother. Thus, humanity’s separation from God and ethno-racial division are fundamentally the result of the devastating consequences of sin’s entrance into the world through our first parents, Adam and Even. Before racism can be obliterated, its chief cause must be destroyed (namely, sin), and the more foundational problem needs to be rectified (namely, sin that leads to separation from God). In my view, the gospel of Jesus Christ suggests that Jesus’ death dealt with humanity’s sin-problem, killed the enmity between Jews and Gentiles, and reconciles them to God and to one another by means of faith in the crucified and resurrected Lord Jesus Christ (Eph 2:11-22), who died to deliver sinners from every tongue, tribe, people, and nation from this present evil age (Gal 1:4; Rev 5:9)!

This article first appeared as a part of a series on the Broadman & Holman Academic blog.