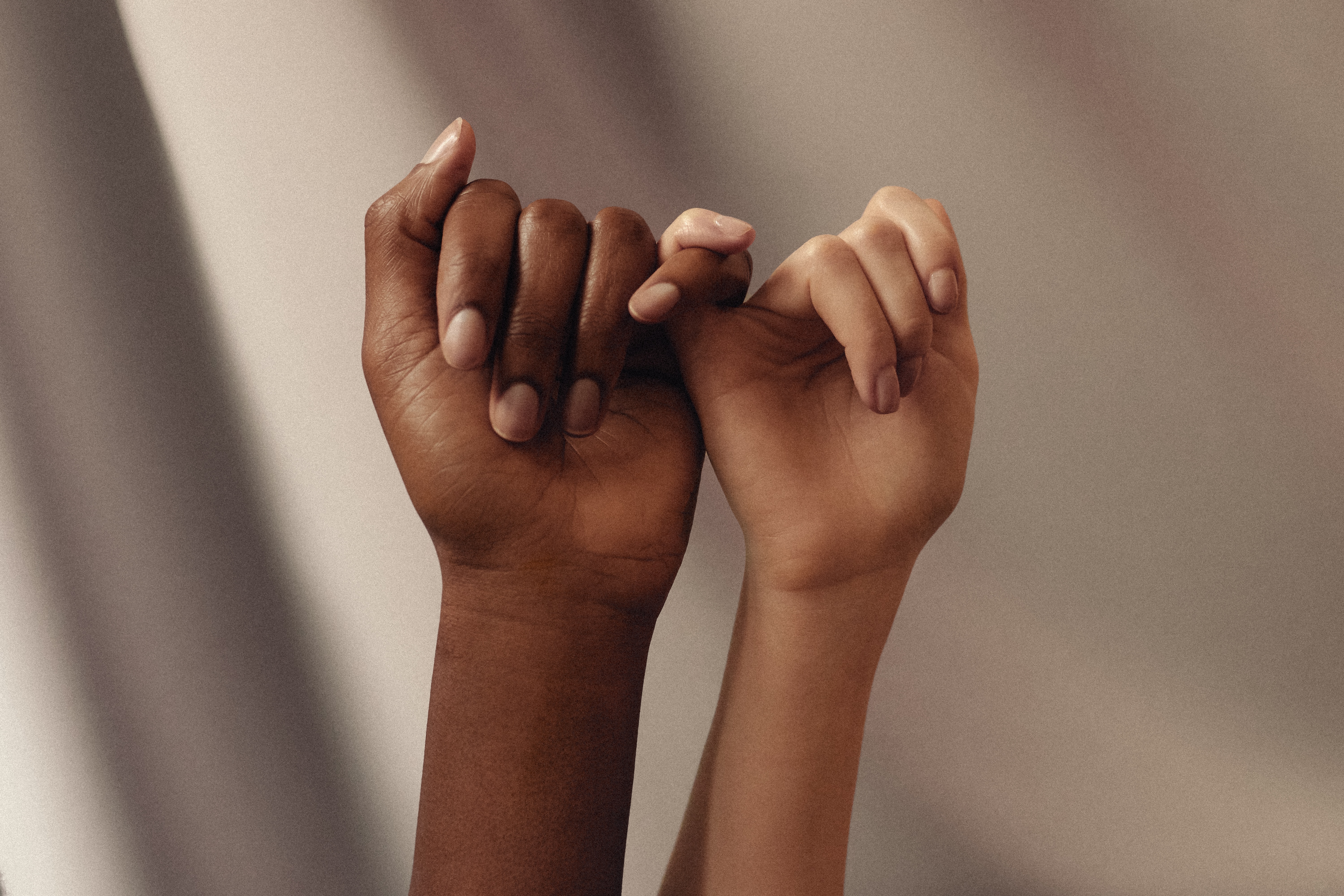 In my hometown of Louisville, Kentucky, the old saying “a house divided” emerges every year during basketball season. This phrase refers to the basketball rivalry between the University of Louisville Cardinals and the University of Kentucky Wildcats. The importance of this game is put on display each year the first Saturday after Christmas when the Cards and the Cats square off in the commonwealth’s annual “battle of the bluegrass” to play for bragging rights in the commonwealth. There are Cardinal fans and Cat fans within the same families in Louisville (hence, the saying “house divided”).

Those unfamiliar with this rivalry may be unaware of its intensity. It’s not simply a respectable rivalry between two top-tier college basketball programs in the same commonwealth. But many Card fans and Cat fans genuinely hate one another. Throughout the rivalry’s history, many of the players on the opposing teams have also hated one another. In fact, it’s fair to say they are enemies.

To a greater degree, the Galatians (Paul’s friends in the gospel) have become the apostle Paul’s enemy since he speaks the truth to them (Gal. 4:16)? The truth of which Paul speaks in Gal. 4:16 likely refers to the gospel since Paul previously refers to the “truth of the gospel” in the letter (Gal. 2:5, 14) and since he uses the term “truth” as a synonym for the gospel in Gal. 5:7.[1] The Galatians were thinking of turning away from Paul’s gospel and embracing the trouble-makers’ gospel, thereby making Paul their enemy instead of their friend.

While establishing churches in Galatia (a mixed Jewish and Gentile territory), Paul publicly displayed Jesus Christ as “having been crucified” through his preaching (Gal. 3:1). Paul reminds the Galatians he explained to them that Jesus died “for our sins to deliver us from the present evil age” (Gal. 1:4). He also reminds them Jesus Christ died to redeem “us from the curse of the law” so that we would receive the promise of the Holy Spirit, which is the blessing of Abraham (Gal. 3:13-14). Paul further reminds the Galatians he preached to them the resurrection of Jesus Christ from the dead (Gal. 1:1), justification by faith (Gal. 2:16), and the freedom that Christ (the liberator) freely bestowed upon them as he delivered them from bondage under sin, under the law, under slavery, and under the demonic forces of evil so that they would receive eternal life, walk in the Spirit, and participate in new creation (Gal. 3:1-6:15).

However, “trouble-makers” preaching a distorted gospel made their way into the Galatian churches (Gal. 1:6-7). Their distorted gospel at least included a message about the necessity of Gentile-circumcision so that Gentiles would inherit the blessing of Abraham (Gal. 2:3; 5:2-3; 6:12-13; see also Gal. 2:7-9, 12; 5:6; 6:11 and Genesis 17). In the Old Testament, circumcision was a mark of membership within Abraham’s family, a mark of participation in the blessings God promised to Abraham (Genesis 17), and a mark of the people of God (Lev. 12:3).

Paul, however, announced the good news to the Galatians that Jesus Christ is the seed of Abraham (Gal. 3:16). He proclaimed all of God’s promises to Abraham are realized for Jewish Christians and Gentile Christians by faith in Christ (Gal. 3:1-5:1). He declared Gentile Christians are already members of Abraham’s family, become his spiritual offspring, and receive his spiritual inheritance, along with Jewish Christians, because they have faith in Christ and because they have received the gift of the Spirit (Gal. 3:1-29).

Paul expresses shock earlier in Gal. 1:6 because despite his preaching to them that faith in Christ is the pathway to the Abrahamic blessing, the Galatians were contemplating a turn from his gospel, which leads to eternal life (Gal 2:16-3:9; 3:11-14, 21), to embrace the trouble-makers’ distorted gospel, which leads to a curse (Gal. 1:8-9; 2:11; 3:10). The Galatians didn’t hold fast to Paul’s gospel that he received from God and from Jesus and then preached to them (Gal. 1:1, 15-16). Instead, they were “turning so quickly” from God’s effectual calling of them by Christ’s grace to “another” gospel (Gal. 1:6-7). Paul warns them, therefore, if they reject his gospel (the only true gospel) he received from God, from Jesus, and that he preached to them, they would suffer God’s eternal judgment and would not inherit the kingdom of God (Gal. 1:8-9; 5:21).

In Gal. 4:12-20, Paul appeals to his previous friendship with the Galatians as a defense of his gospel. He reminds them they didn’t despise, mistreat, or reject him because of his suffering (Gal. 4:14; see also 2 Cor. 12:7-10). Rather, they formerly received his gospel when he visited them, despite the fact that he suffered in his body because of the gospel (Gal. 4:13; see also 3:4; 6:17). They showed Paul hospitality, and embraced him as a true friend in the gospel (Gal. 4:12-13). They “received” Paul as a messenger from God in the same way as they would have “received” Jesus Christ himself (Gal. 4:14). As Paul hyperbolically says, they loved him so much they would have even “plucked out” their own eyes and given them to him “if it were possible” (Gal. 4:15).

Paul laments, however, the Galatians seem to have forgotten their love for him. They made Paul an enemy when they began to contemplate a turn away from his gospel to this distorted gospel once these zealous teachers arrived in their churches (Gal. 4:16). The Galatians were becoming influenced by the “trouble-makers’” zeal to shut out both their love for Paul and his gospel from their midst (Gal. 4:17). Zeal, of course, is not inherently bad (Gal. 4:18), but the “trouble-makers” were only zealous for the Galatians because they wanted the Galatians to submit to their power, to their leadership, to demonstrate loyalty to them, to their message, and to their cause (Gal. 4:18). The Galatians were beginning to give-in to the “trouble-makers’” zeal despite the fact that God did supernatural things in their midst through the apostle’s preaching of a Spirit-empowered gospel (Gal. 3:1-5).

The Galatians were turning “so quickly” from Paul’s gospel because they were in part duped by the trouble-makers’ zeal for their message (Gal. 4:17-18). Paul, however, interprets their zeal as cowardice (Gal. 6:12). He says these zealous trouble-makers who zealously preached a gospel of circumcision to Gentile Christians zealously preached their disturbing message not because (in Paul’s view) they actually believed what they zealously preached in these churches (Gal. 6:12-13), but because they both wanted to make a good showing in their flesh before men and because they were afraid to suffer for the cross of Jesus Christ (Gal. 4:17; 6:12). These zealous teachers wanted the Galatians to accept their message of circumcision so that they could “boast” in the Galatians’ flesh (Gal. 6:12) and so that the Galatians in turn would “boast” in (ESV “make much of”) the trouble-makers’ ministry instead of boasting in the cross of Christ (Gal. 4:17; 6:13). Paul, on the other hand, only boasted in the cross of Jesus Christ as he bore in his very own body the marks of the true gospel because he suffered for the cross of Christ when he preached it and obeyed it (Gal. 6:14, 17).

What does Paul’s letter to his friends in Galatia have to do with us today? In the second piece in this series, I will state some specific ways to apply Paul’s remarks in Gal. 4:12-20 to selected matters related to gospel-friendships. But for now, we should at least allow Paul’s letter to the Galatians to inform our prayers and pleas to God for grace to remain faithful.

May God help those of us who profess Christ to remain steadfast to the whole gospel in the face of zealous teachers who preach a wrong gospel. May God also help us who profess Christ avoid imitating the behavior of zealous teachers who teach the right gospel with the wrong motives and whose behavior does not walk in a straightforward manner in the truth of the gospel (Gal. 2:14; see also Eph. 4:1-5:21; 1 Pet. 4:17). May God help those of us who profess Christ always walk in the Spirit and not fulfill the lust of the flesh, and in as much as it is possible in a fallen world may God help us to live as reconciled friends in the gospel in our dealings with one another as followers of Christ in our churches and in the world (Gal. 5:13-26).

Thanks for subscribing!
Bible Christian Living Gospel No Comments