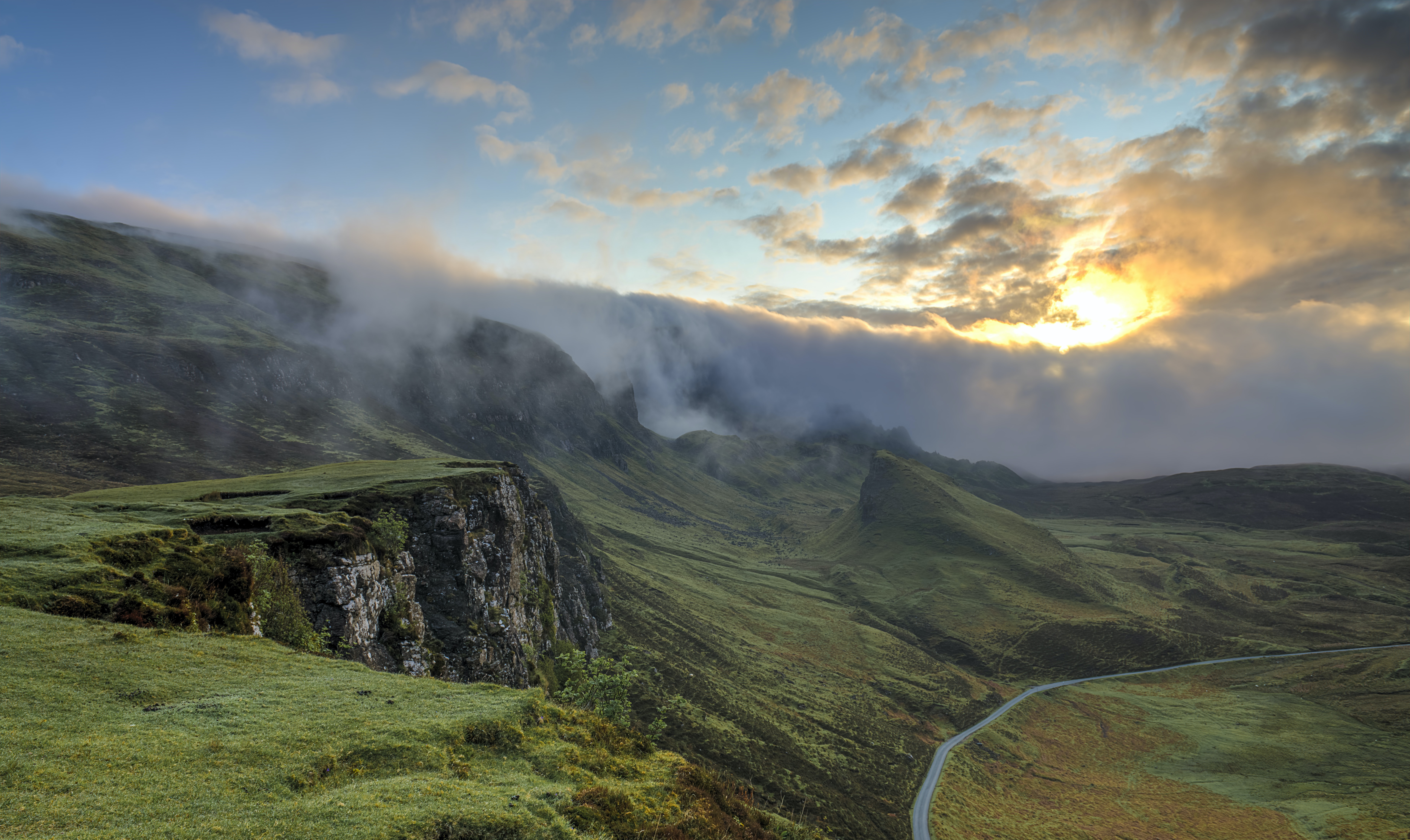 Biblical and Theological Reflections on Sin, Hope and Resurrection

Sin has reigned over the entire creation with intense ferocity in many ways like an evil and conquering tyrant since the day it broke into God’s good creation, because of the rebellion of our first parents, Adam and Eve.

Sin reigned when Adam and Eve disobeyed God and listened instead to the Serpent’s seductive lies.

Sin reigned when Abel’s body fell to the ground after his brother slew him.

Years later, sin reigned over the plantations of the old south in the institution of chattel slavery as masters dehumanized black bodies by buying and selling them for profit and by beating them to keep them in their so-called place in the southern ghettos known as plantations.

Sin reigned over the wicked system of Jim Crow, as the iron rod of White Supremacy sought to crush black people.

Sin reigns over the many families and communities throughout the world that suffer from drug activity, gun violence, abuse, and through an incalculable amount of decisions, actions, injustices, and systems that operate according to the power of the flesh and that are enslaved to both earthly and demonic principalities and powers of the air.

Sin reigns as the gunshots of injustice reverberate throughout this nation, and indeed throughout the world, leaving stains of blood on the ground crying out for justice.

Sin reigned as one image-bearer placed his knee on the neck of another image-bearer as onlookers watched him die, while he cried out for his mother in pain and helplessly lay faced down on the pavement in the streets of one of our cities in the “land of the free and the home of the brave” as he exclaimed more than once “I cannot breathe!”

And its reign oppresses the entire creation.

But things were not always this way.

Sin did not always reign.

For one brief moment in the Garden of Eden, there was no sin.

For one brief moment in history, there was no injustice. Everything was perfect.

However, right now, sin still reigns with a vengeance and with (what seems to be) indestructible power.

Sin still reigns because of the transgression of our first parents, Adam and Eve.

Sin still reigns because all human beings are conceived in sin.

Sin still reigns because the entire creation is in absolute chaos.

Many ache for the peace and justice of Eden that once existed long ago when sinful people and sinful systems were nowhere to be found.

Many long to go back to that time in Eden when sin did not reign.

Unfortunately, though, the peace of Eden is long gone because of transgression.

Our sovereign and good God subjected the entire creation to his curse because of sin when he cursed the Serpent, humans, and the ground.

But, although sin still reigns over the entire creation, we, who have been redeemed by the blood of Jesus Christ and filled with his Spirit, should be encouraged today, because the reign of sin is NOT the end of creation’s story.

In the midst of the bad news of sin’s tyranny and the many ways in which sin still currently manifests its reign over the entire world, God’s good news of redemption has broken into the cursed creation, broken into this present evil age, and announces a day of universal restoration, deliverance, and resurrection through our Lord Jesus Christ, the seed of the woman and the seed of Abraham.

God’s good news promises that neither Eden’s past glory nor creation’s current curse are the final word or our final destination.

Instead, we, the people of God, both await and work toward a day of new creation that is much better than Eden and better than this current cursed creation ruled by sin.
God originally created a perfect and good creation, but death came to all humans through one man with the result that all humans sin and fall short of the glory of God.

But finally, in the fullness of time in a miraculous moment in history, God intervened in this world of sin and death sending forth his Son like a divine atomic bomb from heaven into sin’s powerful domain to dethrone King Sin, the Devil, and their kingdom.

But he came into this world in the form of a vulnerable baby, who was born in a manger, grew up in poverty as a Jewish man, lived a perfect life, and preached the gospel of the kingdom proclaiming himself as its king and naturalizing those who follow him as its citizens.

But yet Jesus was PERFECT and WITHOUT sin.

Although he was perfect and without sin, King Jesus too felt the rule and reign of sin on earth as he lived a perfect life in this fallen world under the law and tasting firsthand both the weight of human suffering and sin’s sting of death.

Jesus voluntarily suffered systemic injustice, was falsely accused of blasphemy, was nailed to a cross of shame, was crucified like a common criminal, and died a divine wrath-bearing death at the hands of sinners for sinners, outside the city, and on the judgment-tree, where God displayed both his love for the world and his wrath against our sin in the cross of his beloved Son.

As a result, as sin continues to reign right now, God’s grace reigns much more right now over sin through our Lord Jesus Christ, because of his voluntary wrath-bearing death for sin and his triumphant and victorious resurrection from the dead.

Thursday, Friday, and Saturday were filled with sorrow because King Jesus publicly hang from the cross with blood profusely streaming down his broken body for all to see.

But the joy of Sunday morning came quickly, because his tomb was found to be empty when the eyewitnesses arrived to grieve his death and to honor his body.

Angels at the tomb proclaimed to the eyewitnesses his resurrection.

The eyewitnesses saw he is risen for themselves as they peaked inside the tomb and saw that sin had been defeated; its reign put to an end, and its kingdom conquered by King Jesus, because he is risen.

In this present evil age, the full force of racism, its ideologies, its actions, and its systems will always be with us!

In this present evil age, the scales of justice will continue to be balanced for some while being grossly imbalanced for others.

In this present evil age, there will always be those who perceive certain image-bearers as a suspicious threat and as deficient because of the color of their skin.

In this present evil age, the wages of sin will always lead to both spiritual death and physical death.

However, because God so loved the world that he acted to destroy the reign of sin by sending his Son, there is still hope right now in the midst of sin’s universal reign over the entire creation in this present evil age.

Sin still reigns, but the gift of God results in eternal life in Christ Jesus, our Lord, because of Jesus’ death and resurrection.

But Christians far and near must remember that we have the promise of eternal life because of God’s divine action in and through Jesus Christ’s death and resurrection!

Therefore, we must keep living on mission for Jesus now!

We must keep preaching a big gospel now!

We must keep applying a big gospel now!

We must keep obeying a big gospel now!

We must keep inviting all to repent and follow Jesus into the hope of resurrection now!

We must keep loving our neighbors wisely, safely, and responsibly now!

We must keep seeking the welfare of our neighborhoods and cities now in wise and safe ways!

In as much as possible, we, the people of God, must work in this present evil age to promote the flourishing of fellow image-bearers and to push against the Devil’s hate, shine light on his lies with the hope of the gospel of Jesus Christ and Spirit-empowered love, and push back all of the forces of evil and injustice with an intense and relentless God-honoring, Christ-exalting, Spirit-empowered, and Spirit-enabling love for our neighbors that moves us to preach, obey, and apply a BIG gospel, a gospel that centers on Jesus’ death for our sins and his physical resurrection from the dead!

And, if we, the people of God, do these things by the power of the Spirit, then we will show the world, sin, the Devil, death, racism, racists inside the church and racists outside of the church, evil, all earthly and demonic authorities, and principalities and powers of the air that we have hope in life and in death, because of Jesus’ death for our sins and because of the certainty of RESURRECTION!

Thanks for subscribing!
Christian Living Theology No Comments