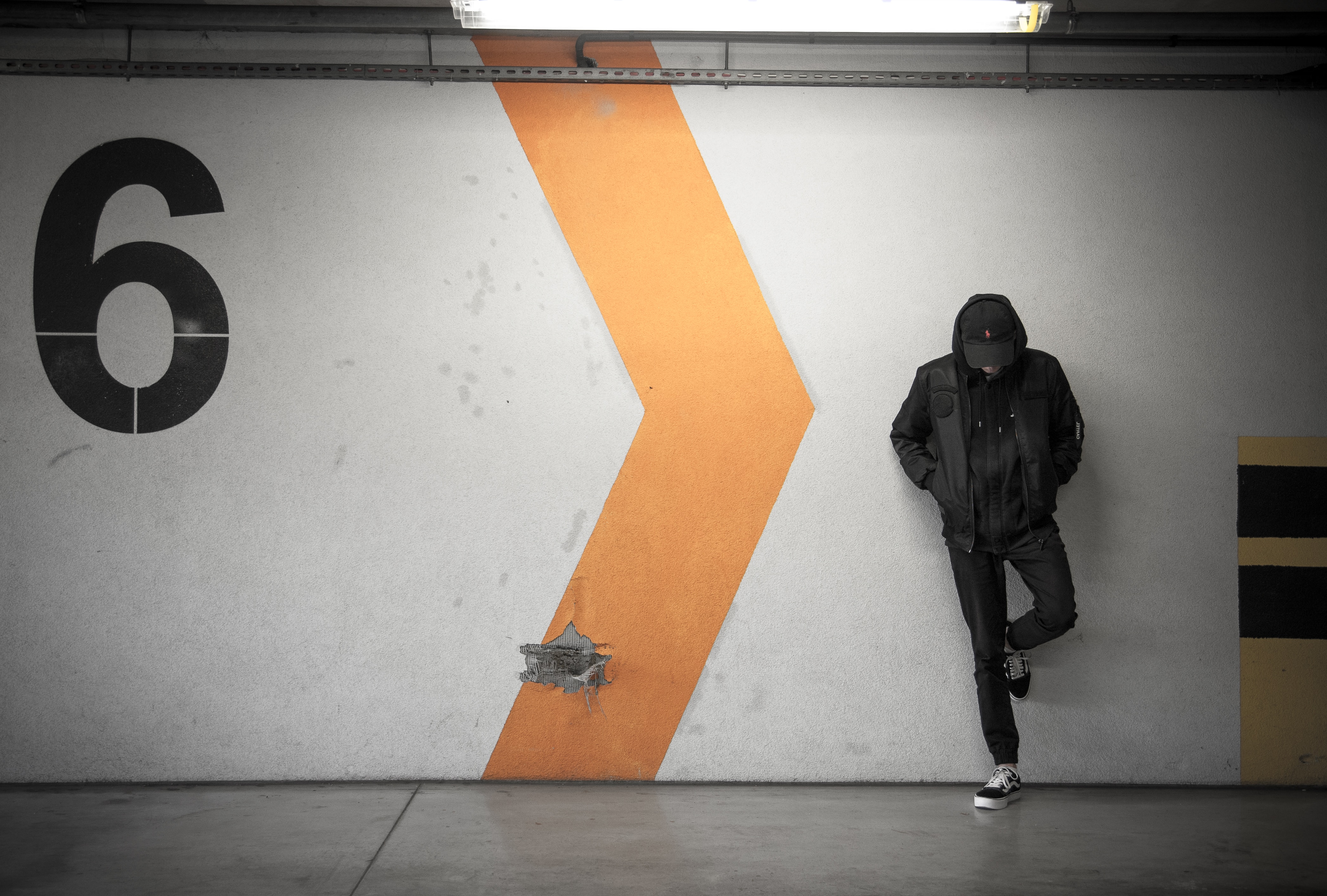 Jesus and the Vulnerability of Friendship

“And they went to a place called Gethsemane. And he said to his disciples, ‘Sit here while I pray.’ And he took with him Peter and James and John and began to be greatly distressed and troubled. And he said to them, ‘My soul is very sorrowful, even to death. Remain here and watch.’ (Mark 14:32–34)

Picture this: Jesus—the Savior of the world, God wrapped in human flesh—is moments away from being betrayed by Judas Iscariot. And he knew this day was coming. The Garden of Gethsemane now became a holding cell on death row.

Feeling the weight of impending death, Jesus turns to his inner circle of friends—Peter, James, and John—and says, “My soul is very sorrowful, even to death” (Mark 14:34). A vulnerable Jesus confesses his soul’s almost-deadly distress and, even more, invites his best friends to come close and witness his own intimate moments of blood-drenched prayer: “Abba, Father, all things are possible for you. Remove this cup from me. Yet not what I will, but what you will” (Mark 14:36).

Most know that Jesus had 12 disciples who followed him, but not many consider that he had an inner circle within that group of 12. Peter, James, and John are who Jesus pulled aside to witness his most miraculous works (Luke 8:49–46; Matt. 26:36–38) and his most vulnerable moment in the Garden of Gethsemane.

And that teaches us something crucial about friendship.

We Have a Friendship Problem

According to Cigna’s 2020 loneliness index, three in five Americans consider themselves lonely. Chronic loneliness is not only prevalent among middle-aged males, but women also experience more loneliness in older age. Younger generations (Generation Z and Millennials) have alsoreported larger numbers of loneliness than the previous Baby Boomers and G.I. Generation.

There is also growing evidence that loneliness has long-term health consequences. It’s been linked to stroke, heart disease, and the compromising of our immune system. Studies have shown there could be mortality risk to loneliness, causing some to mark it as a public health issue.

As a global pandemic has isolated us, we have to acknowledge that we have a loneliness problem—even if we claim to have friends—which is to say we also have a friendship intimacy problem.

How should we address our friendship woes? How can we forge deeper friendships? Vulnerability.

We get the word “vulnerable” from the Latin word vulnus meaning “wound” or vulnerare meaning “to wound.” To be vulnerable is to risk being hurt or wounded. Vulnerability requires an opening up and exposure of yourself to harm, attack, or injury. It’s a type of nakedness—an undressing to be seen as you are apart from the pretentiousness of clothing.

Vulnerability is a risk, but is it a risk worth the reward?

For many of us, the answer is a resounding no. We know that vulnerability is risky, and our natural response is to protect ourselves—especially if we’ve been burnt before. The idea of vulnerability can be distressing, and our response might be fight or flight.

Growing up in the southside of St. Petersburg, FL we were not too keen on vulnerability in our friendships. When you live in an area that has been under-resourced, you invariably will see poverty, crime, and police occupation. A lot of the time this forces you to adopt a mindset of survival—almost everything is a fight or flight situation, including relational vulnerability.

It wasn’t until I became older and started reconnecting with old friends from my neighborhood that we all recognized how starved we were for a place to be vulnerable. We found that place in one another as we bravely started opening up about life, loss, hardships, tragedy, fears, and goals for the future.

To be clear: not everyone can be trusted with our vulnerability. We shouldn’t abandon common sense when deciding who we will be vulnerable with. Still, authentically deep and meaningful friendships require vulnerability—not merely highlighting your strengths, abilities, and accomplishments, but also revealing your weaknesses, doubts, and struggles.

Your relationships will remain surface-level if you remain on the surface. Deep friendships are fostered by deep vulnerability, and the mark of authentic friendship is the freedom for you to be vulnerable with one another without fear of rejection and judgment. This requires active listening and intentional transparency. And it requires trust, which sets the stage for mutual honesty and encouragement.

Far from a sign of weakness, vulnerability requires courage enough to face the risk of being honest. As professor and author Brene Brown states, “Staying vulnerable is a risk we have to take if we want to experience connection.”

But what does Jesus have to do with this?

Jesus was the quintessence of courageous vulnerability. He took on the religious establishment, he confronted and cast out demons, and he proclaimed the inauguration of the Kingdom of God. He miraculously demonstrated that he was and is the King of kings. Yet he did all this while constantly being vulnerable with his friends and his heavenly Father.

Jesus’s vulnerability was very intentional. He prayerfully chose his 12 disciples (Luke 6:12-16), and then he intentionally chose Peter, James, and John as his intimate inner circle. He courageously extended himself to his disciples—not waiting around for connection but pursuing it.

For three years, Jesus let the disciples in on very intimate aspects of his daily life—pulling Peter James, and John away for even more intimate access to him. Then, in the Garden of Gethsemane, he revealed the sorrow and distress of his soul to his friends.

It was on that very night that Jesus had told his disciples, “No longer do I call you servants, for the servant does not know what his master is doing; but I have called you friends, for all that I have heard from my Father I have made known to you” (John 15:15). To follow Jesus is to be his friend, to be a witness of divine vulnerability.

By making himself vulnerable, Jesus opened up the floor for us to do the same with him and with others. The Christian message is that we can be both fully known and fully loved. Jesus knows our weaknesses and doubts— “he remembers that we are dust” (Ps. 103:14)—and yet he loves us with an unfailing love.

Because of this, we can also risk vulnerability in our relationships while becoming a haven for weary friends who no longer want to keep up the facade of unrelenting strength and perfection.

Jesus’s vulnerability reached its climax at the cross where he sacrificed his life to pay for our sins so that we could eternally know true love and acceptance in our vulnerability. He was not only “pierced for our transgressions” and “crushed for our iniquities,” but he also “has borne our griefs and carried our sorrows” (Isa. 53:4–5). He gave us all of himself.

In his resurrection, Jesus not only presented himself to his friends, the disciples, but he also had an incredulous Thomas feel his nail-pierced hands and place his hand in his spear-impaled side, showing a vulnerability in revealing his scars of death that at the same time became wounds of triumph (see Rev. 5:6).

Jesus’s sacrifice wasn’t simply a one-off individual act of love. While he hung there naked and shamed, he expressed the culmination of his friendship with the saints, his love for the world, and his vulnerability to the masses.

And what is more vulnerable than death?

Ameen Hudson is a writer and speaker who is passionate about helping people see the intersection of culture and biblical truth. He’s also the co-host of the Southside Rabbi podcast. He and his wife are members of Living Faith Bible Fellowship in Tampa, Florida. You can follow him on twitter @Ameen_HGA.