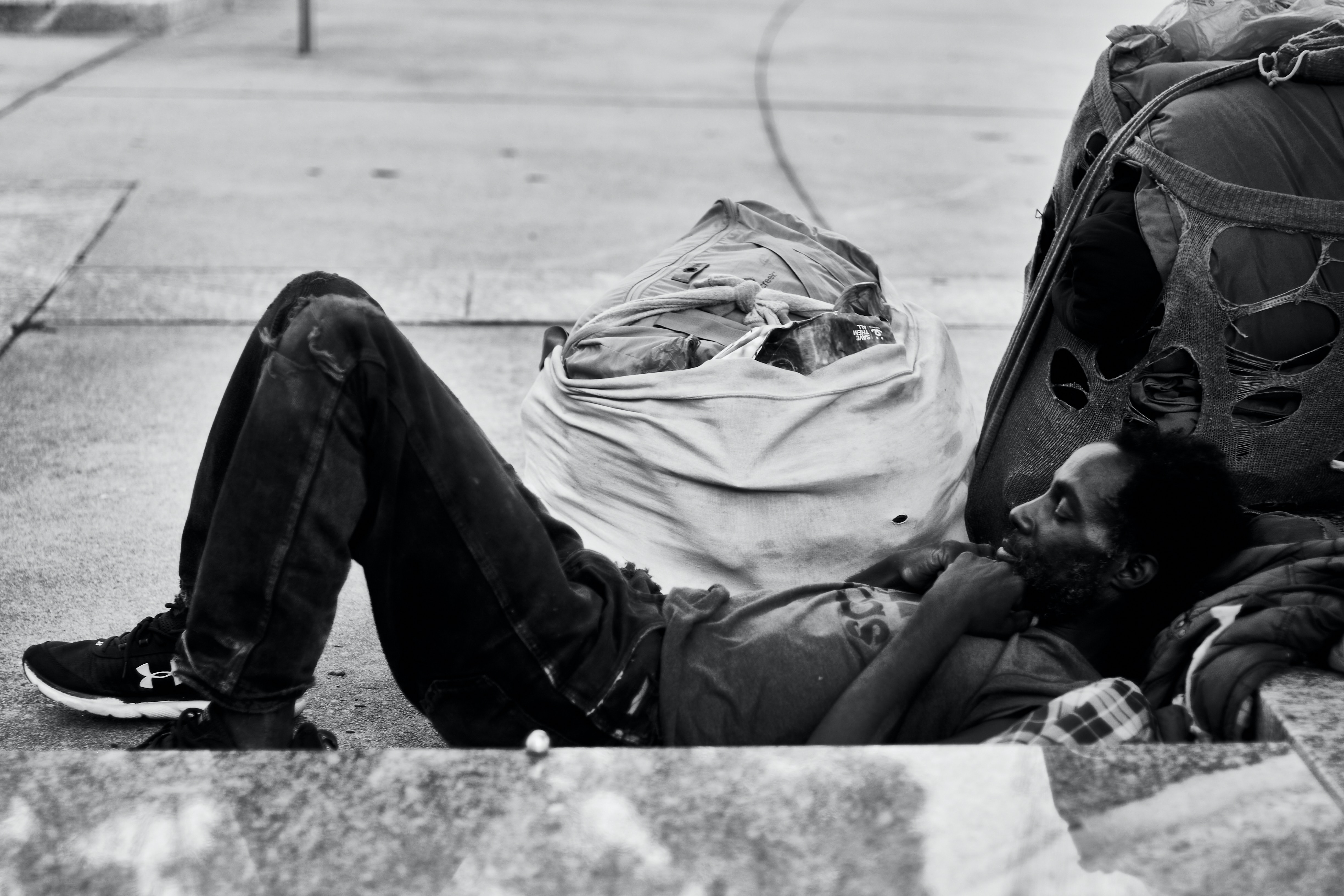 Mediator for the Marginalized, Pt. 2

I remember a particular homeless person my wife and I spent time with for several months. Let’s call him Lawrence. A few years ago, my wife met Lawrence at a gas station near the apartment complex where we stayed. My wife has a heart for homeless people, and on the Wednesday afternoon she met Lawrence, they talked so long she was late for Bible study that evening. When she arrived, she had Lawrence in tow. His clothes had a light brown tint to them, and Lawrence talked and walked with a sort of hesitation. But, we could tell he was glad to be amongst people. As we talked later that evening, Lawrence intimated, “I don’t know the last time I actually talked to someone. I mean, you know, like beyond asking for money or whatever. Nobody really talks to me.” Though he said this with quiet gratitude, Lawrence’s statement jarred me as if he’d just shouted. He’d just illumined one of the constant realities of marginalization: being an outcast, having an abiding sense of alienation from others.

In this series, we’re considering the intersection between Reformed and Liberation theologies, specifically through Christ’s threefold office of prophet, priest, and king. Last time, we defined who “the marginalized” are, namely those who are: 1) particularly vulnerable to injustice, and 2) who lack the resources and influence to protect and promote their own flourishing because of their position in society. However, Lawrence’s statement above shows us being marginalized isn’t just about social power. It’s also about relationships, or, in Lawrence’s case the lack thereof. This was just as true in the days of the Old and New Testaments as it is today.

So, the question is: How does Jesus and His salvation meet the outcast?

My answer: In His priesthood, Jesus cleanses the outcast, making them fit for life with God and His people.

In scripture, the poor and weak are not always so due to mere economic misfortune or financial irresponsibility. Often times, poverty occurred because of disease or a bodily defect. This is especially clear in the Gospels and Acts. There are beggars who are blind or lame (Mt. 15:30-31, Mk. 2:1-12, Jn. 9:1-12). Their physical limitation would make work difficult, if not impossible, such that they could not even benefit directly from the gleaning laws that protect the poor (Dt. 24:19-22). Disease and defects not only meant health problems and economic insufficiency, but also social and religious alienation. No person with a physical defect could come into the temple for worship (Lev. 21:16-21) because they were deemed unclean. The gospel writers also at times point out the social and economic circumstances of these unclean ones. The blind and lame are “beggars” (Lk. 18:35-43) and the woman with the issue of blood had spent all her money on ineffective doctors (Lk. 8:43). Certain diseases, especially leprosy, meant separation from the people outside the camp. Therefore, the uncleanness of disease and defects brought with it the potential for poverty, weakness, and alienation. Not only that, but riches carried with it the assumption of God’s blessing, implying poverty as a manifestation of God’s displeasure. So, even if there was not the uncleanness of disease or defect, poverty itself brought with it a sort of alienation, a social exile.

In the law, cleansing uncleanness and satisfying God’s displeasure only came through sacrifices offered by the priest. The role of the priests was one of representation. They represented the people to God (Heb. 5:1) and represented God to the people. Through the prophets, Yahweh promises to cleanse His people (Eze. 36:24-25, Is. 53:5) and given the connection between cleansing and sacrifice, this implies the work of a priest. When Jesus came, such a priest arrived on the scene (Heb. 7:11-22, 10:11-18). Although the central focus of His priestly work was to offer Himself as the once-for-all sacrifice for sin (Heb. 9:11-14), we also see His priestly work in His healing ministry. The first miracles in Matthew, Mark, and Luke all mention uncleanness (Matt. 8:1-4, Mk. 1:40-45, Lk. 4:31-37), whether it is the uncleanness of demon possession or leprosy. Not only that, but Jesus heals the blind (Mk. 8:22-26, 10:46-52), lame (Jn. 5:1-17), paralyzed (Mk. 2:1-12), and a woman with menstrual dysfunction (Mk. 5:21-34). It seems the writers go out of the way to depict the cleansing power of Jesus because they point out that Jesus touches the unclean ones (Mk. 1:40-45, 5:21-34). This ought to have rendered Him unclean, but the efficacy of Jesus’s holiness as priest is so invincible and infectious it cleanses those He touches. These were penultimate cleansings, as he would accomplish the ultimate cleansing on the cross. When Jesus cleansed these vulnerable, unclean ones, they could now experience inclusion with God and His people.

Not only that, healing removed the primary cause of their social and economic vulnerability, making it possible for them to flourish as God intended. In this way, Jesus’s priestly mediation delivers the downtrodden from the vulnerability and alienation caused by their uncleanness. Earlier, I mentioned a homeless friend, Lawrence. Not everyone is homeless. Not everyone experiences the severity of alienation from people Lawrence experienced. But people who are homeless serve as a fitting example of those who would receive the cleansing welcome of Jesus the Priest because we often treat them like outcasts. Many people in our societies don’t want them around at all, much less be willing to love them, hug them, and welcome them. As minorities in America, many of us know what it is like to experience a sort of “outcasting” on a more subtle level. But where society offers apathy and rejection, Jesus offers cleansing and welcoming love. As His church, Jesus calls us to embody this reality, to offer the cleansing welcome of the gospel and the experience of that cleansing welcome through intimate, relational love towards all society’s outcasts.